Be careful what you paint for................
When Realism is boring...
When Impressionism is unimpressed...
When Graffiti is shit...
When Lowbrow isn't soooo cool anymore...
And Nobrow never made it...
When Shepard Fairey rises from the dead...
When Juxtapoz is read by ceo's of The World Bank...
When Street Art is everywhere...
When Banksy is a gay martian...

When Abstract is totally untalented...

Heck!...he said to me..."ANYONE CAN THROW PAINT AT A BLOODY CANVAS!"...
I responded, "I agree...but the difference is...I just did...you didn't!"...
I had to repeat myself to him more than once until he got it.
He was pissed, but he heard what I said and really understood.
He just didn't see why, but now he did.
By the end of the conversation, he thanked me. REALLY THANKED ME!
He never looked at art that way before.
For his first 35 years of his life, he missed the point of art.
That's the difference...
I JUST DID!..YOU DIDN'T...an artist knows and does what he does because "I JUST DID"
So when all those genres, categories, trends, classes, qualities, styles, subjects, directions, and reasons for art, have been rehashed, redone, overworked, undervalued, overvalued, undermined, and promoted to shit, stolen, borrowed, copied, defaced, hated, loved, bought, sold, and burned...
I'll be proud to say I have NO STYLE...NO GENRE...
and ONE REASON...
PEACE! 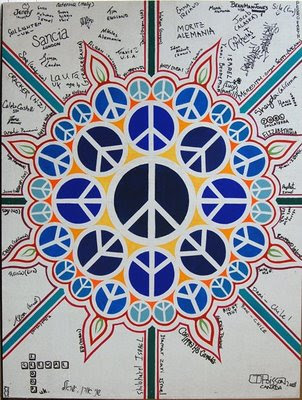 "WORLD PEACE"-OCT 3rd 2008 - 36"x48" - SOLD
This painting was done as the global economy began to collapse, in hopes that the 75 + people from over 16 countries who signed it, could maybe help spiritually offset the damage the Reptilian Greed Mongers are doing to their own children, among others.

There are two major coincidences in this work that became apparent after I finished it.
1) It has eight rays outward...Buddhism...but let's not get tooooo religious here.
QUESTION AUTHORITY! 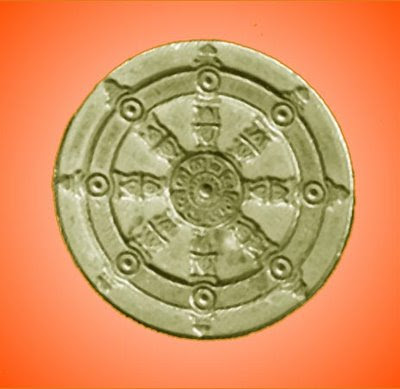 2) The entire piece is actually one gigantic peace symbol, aside from the 33 obvious ones. 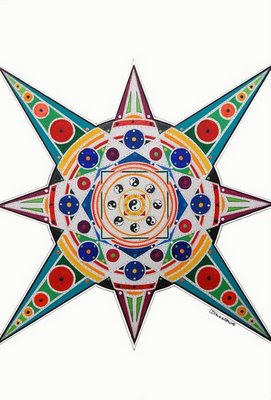 "FREEFLOW" - 16"x20" - SOLD
There are those among us who have completely lost control morally, financially, economically, and rationally...so if you know one of these people...please print this image and give it to them for a gift, free of charge. SMILE! 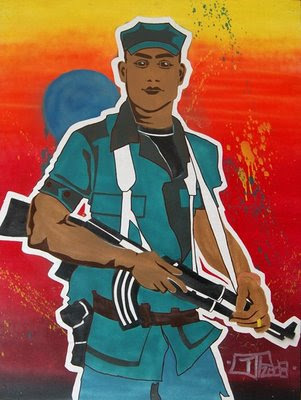 "PRESIDENTIAL POLICIA" - 36"x48" - SOLD
Believe me; he wishes it was not this way. I am sure the ring on his finger tells the same story.
The fact is, there's just too many dangerous people out there who don't get it. 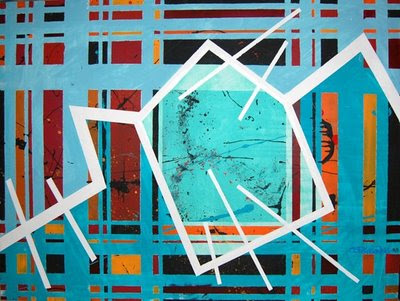 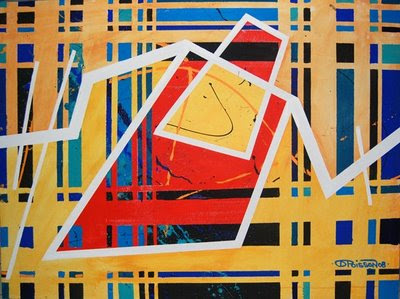 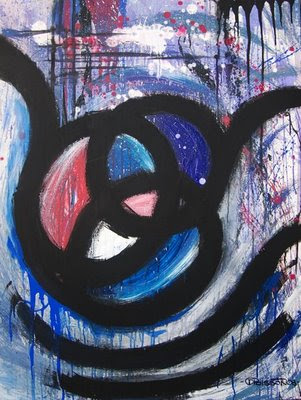 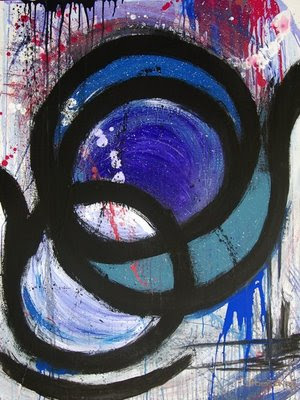 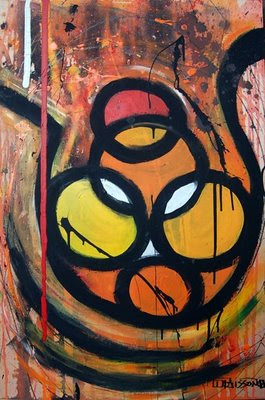 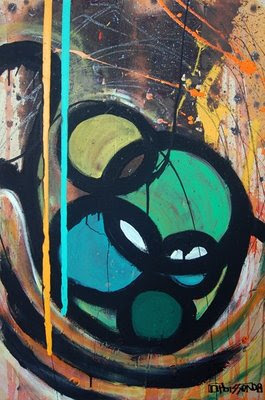 Thank You for taking the time to view my work, read my blog, and don't eat money even if it's all you have!