BLACK SATURDAY – Protest the pipeline and connect the dots to climate change- A 350.org event

BLACK SATURDAY – Protest the pipeline and connect the dots to climate change-
A 350.org event

It was a stunning day with the sun shining down, a light breeze in the air and families and friends coming from all around to meet up in Ganges Harbour on Saltspring Island.

May 5th, 2012 was the day when over 250 people gathered in Centennial Park at 12:00 noon, all dressed in black, to show their solidarity over the global climate issues and the oil pipelines.   People are tired of the lack of transparency, communication and respect our governments have been providing during the processes of these pipeline negotiations.  These pipelines including the Kinder Morgan pipeline out of Burrard Inlet, the Enbridge pipeline out of Kitimat and more, are proposed to transport bitumen across British Columbia from the Alberta Tar Sands, where it will then be loaded onto giant supertankers and shipped through British Columbia’s pristine ocean channels and islands, all the way to China.  People are against it, and they have the right and responsibility to be.  An oil spill of the magnitude in which these supertankers carry would decimate the coastline and literally wipe out a way of life.

There were smiles, children, elderly, hugs and positive attitudes flowing freely.  Oil drops were face painted below the eyes to symbolize the tears of sadness that these pipelines would cause in the event of what is an inevitable oil spill.  Protest signs were waved about to vocalize how people feel about this important and pressing issue.   Speakers voiced their frustrations and provided facts about the projects and the damage that is already being done to communities and Indigenous groups throughout BC.  Musicians sang and played instruments for the enjoyment of all.  There was a fifty foot long replica of an oil pipeline that was carried on peoples shoulders as the group, complete with a live salsa band, marched through the streets of Ganges Harbour expressing their opinions in a peaceful, creative, collaborative way.  To “connect the dots”, which is the way 350.org is showing the relationships to climate change and human activity, the march was ended with a giant circle of all participants holding hands, joining together, showing strength.

Saltspring Island is a place where people care. People have love. There is a time when people must come together for causes that will affect or potentially destroy their way of life.  May 5th, 2012 at the Black Saturday event in Centennial Park was one such place.  GOOD WORK PEOPLE! 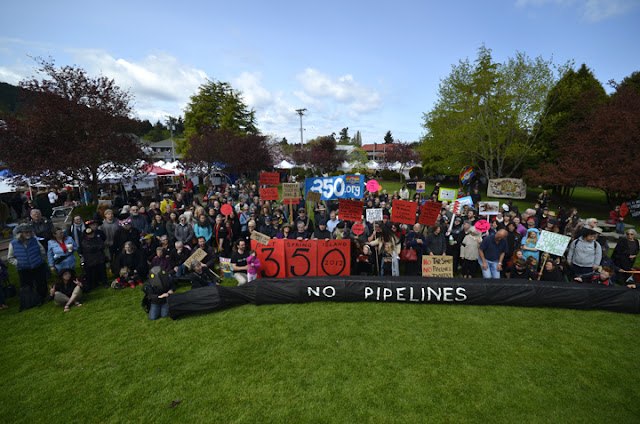 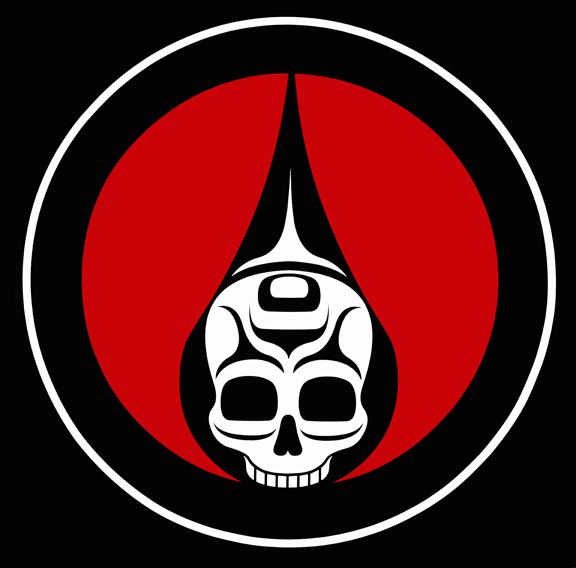 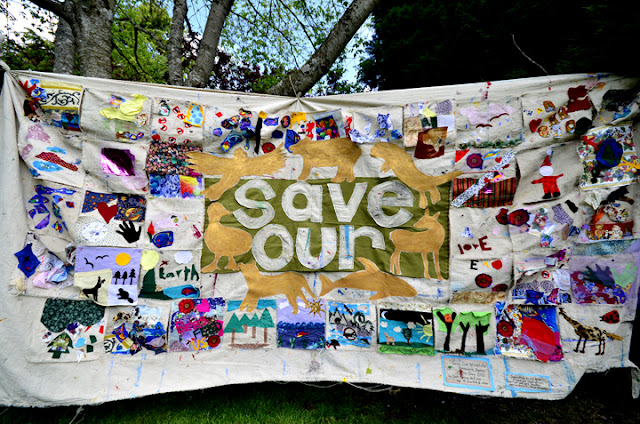 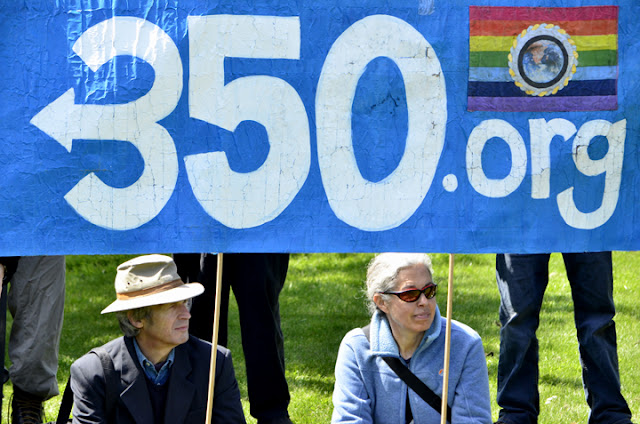 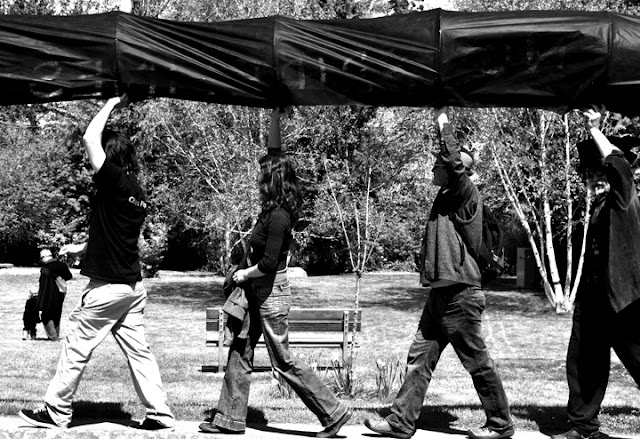 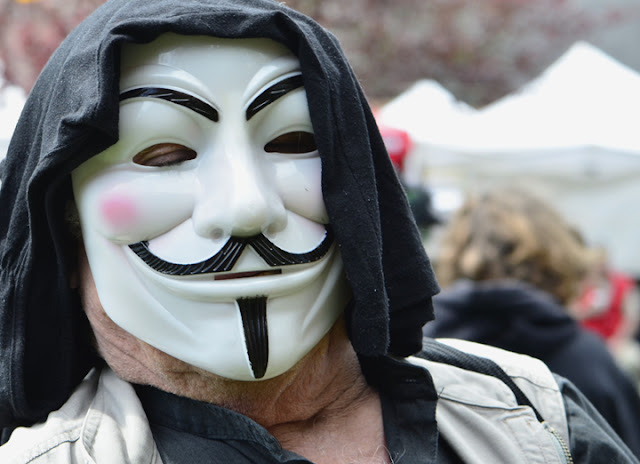 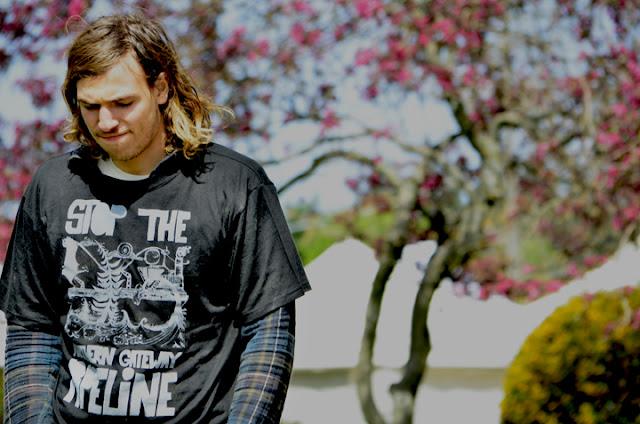 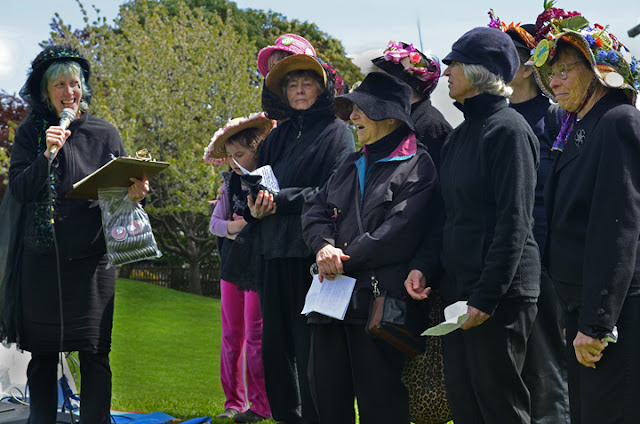 the Raging Grannies - don't mess with a pack of angry Grandma's, Harper Henchmen 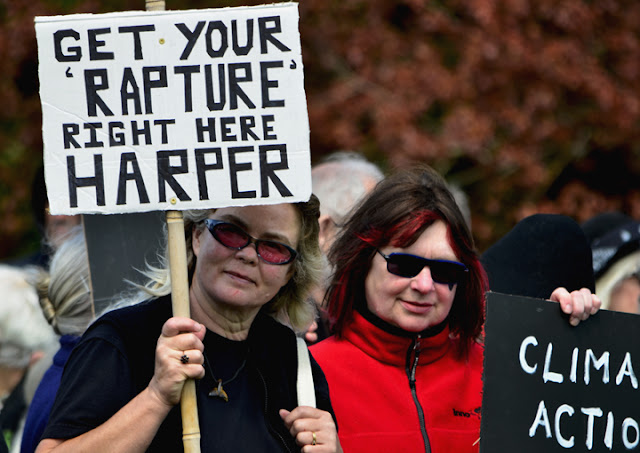 You're pissing off mom's, Harper! 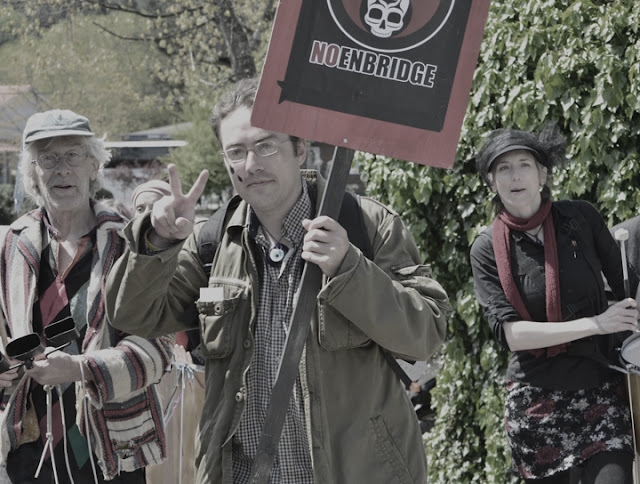 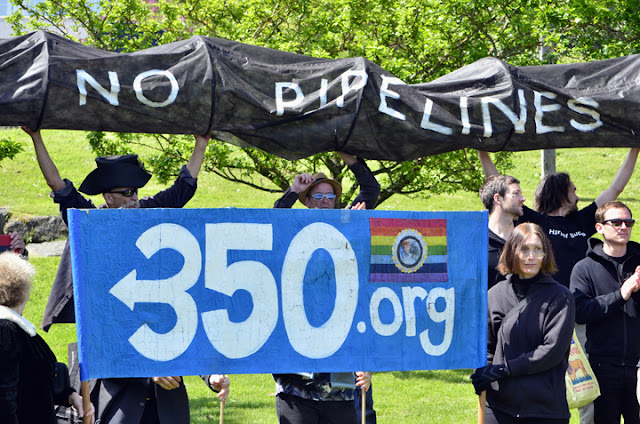 There's a whole world out there standing up, most are still too busy to realize it yet. 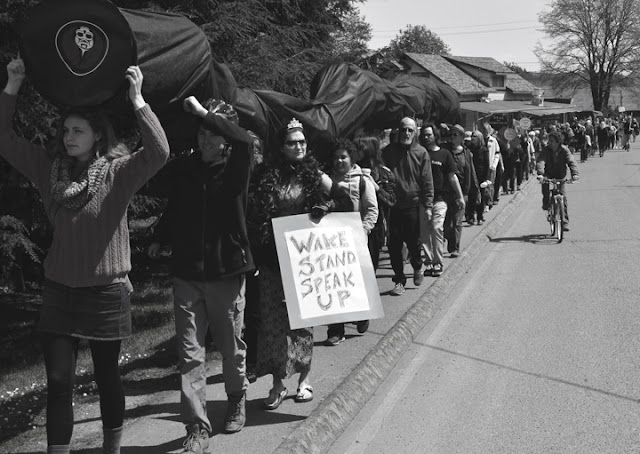 Ganges Harbour is a small town on Saltspring Island in British Columbia Canada, but enough people in the area feel strong enough about these issues to stretch around the block!

The pipeline spilling through the streets 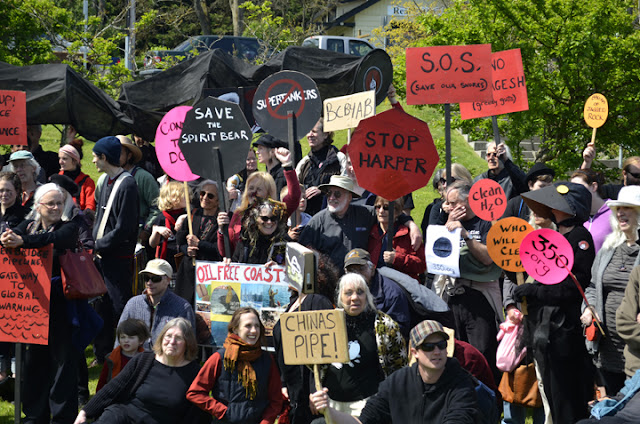