The Okanagan Cherry picking team - Thanks everyone.....you are all awesome people

Well, what a freakin' summer....so far!!
Been gone awhile, but still managed to produce some artworks on the road.
I have always been one to throw myself out of my own loop and never be afraid of change.
I fear those who fear. I fear nothing really, because ultimately, there is no future that I can predicted; only search for. I firmly believe in routine, but my routine usually tends to be the actual uncontrolled or lack of routine that brings me the best results. The flux of movement, the alteration of place, the desire for the unknown.

So early this summer, when the loop had to be broken, I decided to take the summer and head to the Kootenays of British Columbia for some far out, off track, way gone fishing, camping, exploring, gold panning, business contacting, proposal writing, searching and living. My friend Phil mentioned while out there I should try picking cherries for some cash.

WOOOOOOW! There's something I have never thought of, or done. So I did it. Why not?
It didn't take up my whole summer, but it definitely added some zest.

Let me tell you, it's a strange, yet incredibly awesome job. Never would I ever have imagined I would be willing to climb up and down ladders with a 25 pound basket starting at 5AM, 7 days a week. Being so far from any concept of employment I have ever considered, I learned that I actually loved it. We finished work every day at 11AM. The rest of the days were spent swimming, tubing down rivers, gold panning, cliff jumping, suntanning, reading, studying, driving, and of course napping.

I met some incredibly smart people and some incredibly douchebagged people. Some days were so beautiful, the lake 5 minutes away was too much effort. There were massive forest fires and torrential rains, gale force winds and blazing suns, full double rainbows and 16" trout.

The harvest season came to an early end this year as the rains came so hard for days and split and rot the entire crops. No matter the circumstances or trail of events this summer I conclude I will always be willing to follow this routine......the lack of routine......it brings life!!!

I am now in Vancouver re-establishing my artistic venture and Corinna is attending photography school. Vancouver is now our home base. 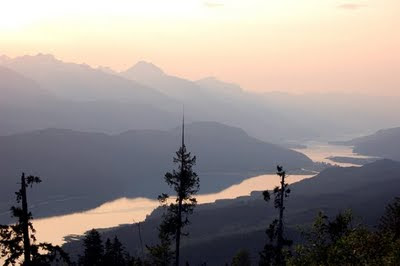 Looking North towards Revelstoke off the east side of....Mt Mackenzie 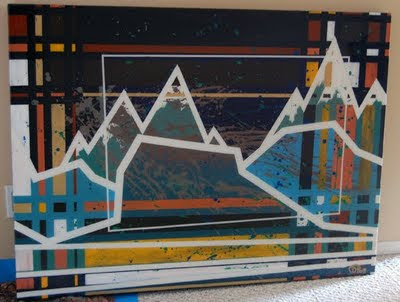 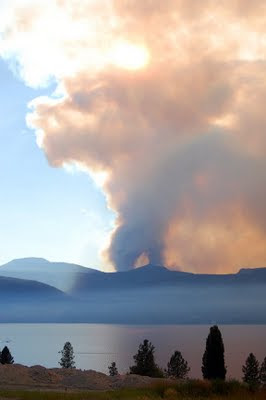 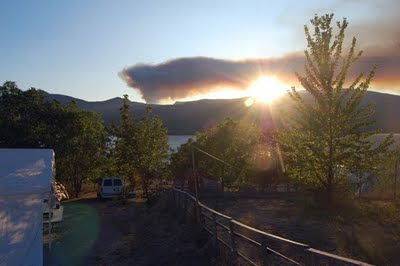 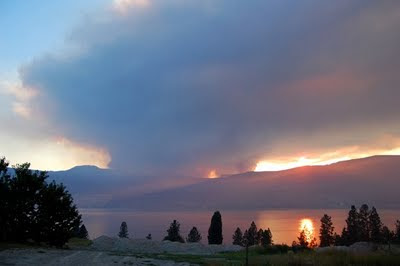 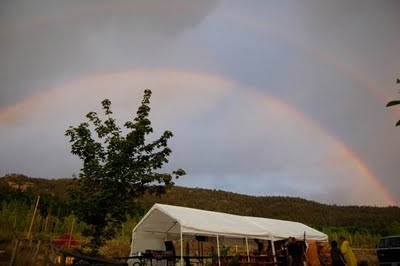 This was the first time in my life, along with a few others, that we saw a full arc double rainbow. 2 full ground to ground arcs.

Thank You for your time and PEACE!
Daniel
at 1:42 PM